Powerhouse Hitachi Excavator gets thumbs up

J Swap Contracting and CablePrice have a “very longstanding” relationship

When sizeable Matamata based firm, J Swap Contractors, purchased a new H spec (heavy duty) Hitachi ZX890LCH-5A excavator for its Taotaoroa quarry, a special member of its team got the call up to operate it, says projects manager, Michael Swap. “We think very highly of our operator, Melencio Magisa, who is from the Philippines. When he first came to work for us, we put him on our 67 tonne Hitachi 670 digger, which after around 15 years of hard life in the quarry was starting to show a bit of natural weathering. Mel doesn’t speak much English, so rather than joining everyone else during breaks, he preferred to have his smoko and lunch in his machine. One day, our quarry manager noticed the 670’s counterweight was looking brand new, and discovered Mel had been using part of his break to polish it with a rag and hot water. Over a period of about six months he got the whole machine looking the same, without anyone asking him to do it. That’s why Mel was given the new excavator, as he is such an exceptional operator and carer of the machines.”

Hitachi excavators are known for providing operator comfort, and the ZX890LCH-5A is no exception.

Hitachi ZX890LCH-5A with its six cylinder, 377 kW engine, is a “cool bit of kit”, designed and purpose built for rugged quarrying and mining environments, with significant reinforcing through the frame, boom and arm, a robust upper structure, and tough undercarriage.

“Happy to stick with the big orange machines”

So far, Mel has been the only operator in the seat of the new 890, with the big 84 tonne production machine used mainly for removing overburden or loading a fleet of 55 tonne capacity rigid dump trucks at the site. While it’s a challenge to get verbal feedback from Mel, Michael says his thumbs up each day and big smile says it all. “Mel is extremely impressed and is loving the comfort of the brand new machine. Our quarry manager tells me the 890 definitely has more breakout power than our older machines.”

The durability, versatility and reliability of Hitachi excavators have proven themselves time and again at J Swap’s operation. It already has an Hitachi 670 (67 tonne) and Hitachi 870 (80 tonne) excavator at Taotaoroa. “I initially thought we’d go up in size significantly when we bought our third machine for the site, however we’ve been so happy with the production of the 870, we decided another machine in that size category was the perfect fit for the quarry.”

With rising fuel costs becoming a much bigger concern in recent months, this choice has paid dividends, says Michael. “We are getting the production we want out of it, without having to burn extra fuel or pay extra costs for a bigger machine.”

Michael’s grandfather Joe, started J Swap Contracting in the mid 1930s, and it has been run by his father Lewis, and uncle, David since the mid 1960s. In addition to aggregates, the company’s services include transport, stock foods, storage and logistics, civil contracting,  and traffic management. “Dad (aged 76) and David (aged 81) are still at the helm and beat us to work every day. Dad does all the deals with CablePrice on the Hitachi diggers.”

CablePrice Sales Specialist, Angelo Capon says the Hitachi ZX890LCH-5A with its six cylinder, 377 kW engine, is a “cool bit of kit”, which has been designed and purpose built for rugged quarrying and mining environments, with significant reinforcing through the frame, boom and arm, a robust upper structure, and tough undercarriage. “One standout feature is that all hydraulic components are manufactured by Hitachi. The system has been designed for efficient use of hydraulic oil pressure in the circuit by eliminating loss of power and fuel, creating high performance and fuel economy. This model also delivers extra power in excavation and swinging, which again boosts productivity.”

Angelo says the proven reliability and performance of Hitachi excavators make the brand well-suited to J Swap’s 10 quarrying operations in the upper North Island, where large amounts of materials are moved every day. “The heavy duty H spec model also features an extra heavy rear counterweight which adds to an already nicely balanced machine, meaning it can handle larger capacity in the bucket while maintaining stability.”

Hitachi excavators are known for providing operator comfort, and the ZX890LCH-5A is no exception, with all-round visibility and ergonomic design, providing an enhanced view of the worksite, and a safe and comfortable operating environment. “I get a lot of feedback from operators about the user-friendly layout of the controls and buttons in the cab. They are all at arm’s length, which means the operators don’t have to lean forward and touch a monitor to adjust anything. The responsiveness of the controls is also regularly mentioned by operators, who say that using them is like an extension of their fingers – they do exactly what they want them to do,” says Angelo.

The monitor and door on the Hitachi ZX890LCH-5A model have been repositioned to enhance visibility and provide easier access to the cab. The machine has also been designed with a range of easily accessible and convenient features to allow for swift routine maintenance and easy cleaning.

Michael Swap says J Swap Contracting and CablePrice have a “very longstanding” relationship, with the family firm’s first Hitachi purchase going right back to the late 1980s, when they bought a 12 tonne excavator from CablePrice. “We value the relationship with CablePrice and have increased the size of the machines we have purchased from them as production of our quarries have increased through natural demand. It’s fair to say we are a repeat customer and are happy to stick with the big orange machines.” 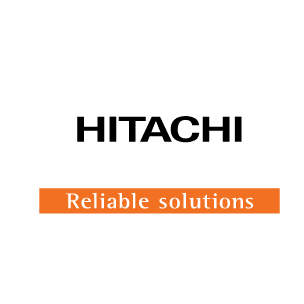 Hitachi produces the widest range of hydraulic excavators in the world, ranging from one-tonne minis to 800-tonne mining excavators. Every single model delivers a smooth and productive performance, and is comfortable, safe and reliable. In addition to excavators, Hitachi also produces wheel loaders, rigid dump trucks and other construction equipment for special applications. 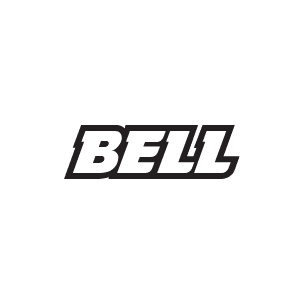 Bell Equipment is a global supplier with more than 19,000 machines operating in over 70 countries around the world. Launched in 1985, Bell Equipment's first Articulated Truck, the 25 tonne model was a resounding success, this led to new models expanding the range. Today the Bell Articulated Dump Truck range has again expanded, breaking new ground with the mining-focused 60 tonne capacity B60E. 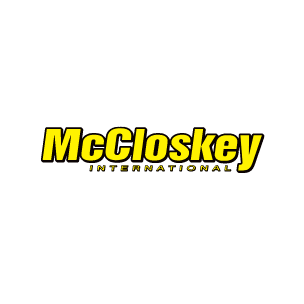 McCloskey International leads the screening and crushing industry with a complete line of equipment including: cone, jaw and impact crushers, vibrating screeners, trommels and stacking conveyors. The McCloskey line is used in a wide range of industries which include aggregates, landscaping, infrastructure and road building, construction and demolition, mining, waste management and recycling 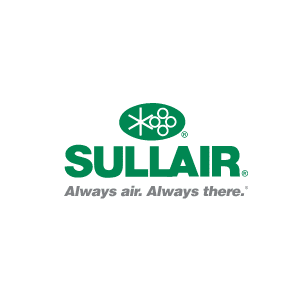 Sullair, a Hitachi Group Company, is a global leader in oil-free and oil-injected air compressors and accessories that delivers robust, reliable, and energy efficient compressed air solutions that are fit for New Zealand conditions. Known for our outstanding technical knowledge and engineering, Sullair works with some of the most prominent brands across manufacturing, mining, engineering, and utilities

A truck with a star stands not only for reliability and economic efficiency, but also for first-class product and service quality and comprehensive expertise in the area of customer-oriented transport solutions. Whether long-haul, construction site, or distribution transportation, the Mercedes-Benz brand offers the right solution for the light-duty, medium-duty and heavy-duty truck segments. Freightliner marks its 75th anniversary in 2017. While its history is integral to the brand, Freightliner remains future-focused, always advancing new technologies and leading the industry through innovation. A continuing emphasis on quality through innovation intersects perfectly with our ongoing, technologically inspired, passionate drive to create the best-of-the-best trucks on the road. Fuso Truck and Bus is an integral part of Daimler Truck AG, the commercial vehicles business of the Daimler Group. Fuso manufacture a range of Trucks and Buses for over 170 markets around the world. Offering products ranging from the iconic light-duty Canter truck to the heavy-duty Shogun along with the versatile Rosa bus. Continually the No. 1 selling truck in New Zealand. With a wide range of light, medium and large models available from 1.25 - 56 tonne payload. CablePrice Wellington have the right Isuzu truck to suit your business, no matter how big or small your operation is. Montabert offers a wide range of top performance products. A continuous investment in research and development has resulted in the delivery of technology products that revolutionize the construction and demolition industries. For almost 100 years, Montabert products have led these industries with three to five patents a year. Isuzu industrial engines are world renowned for being environmentally friendly, reliable, quiet and efficient. From producing Japan’s first air-cooled diesel engine in 1936, Isuzu have considerably advanced their innovation and technologies to produce outstanding diesel engines. Today Isuzu offer a wide variety of engines with power outputs range from 11.8 to over 500hp.

It appears you're using an old version of Internet Explorer for safer and optimum browsing experience please upgrade your browser.